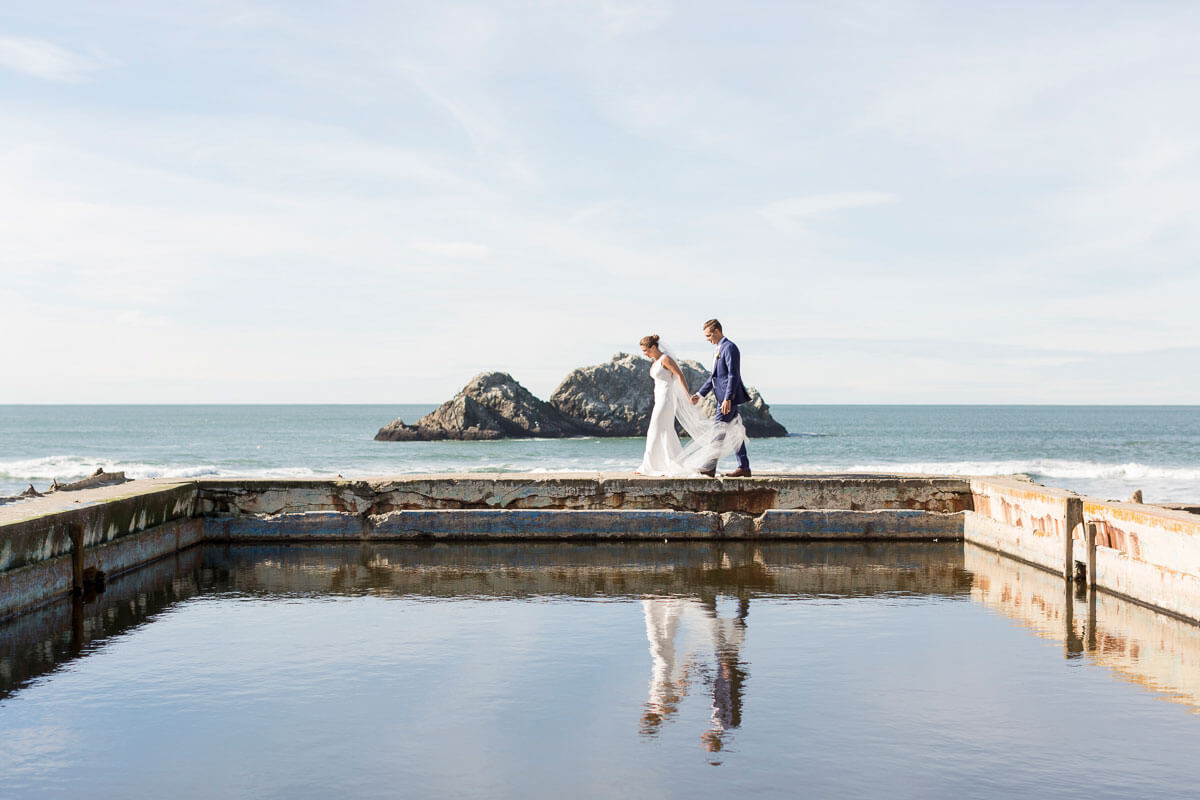 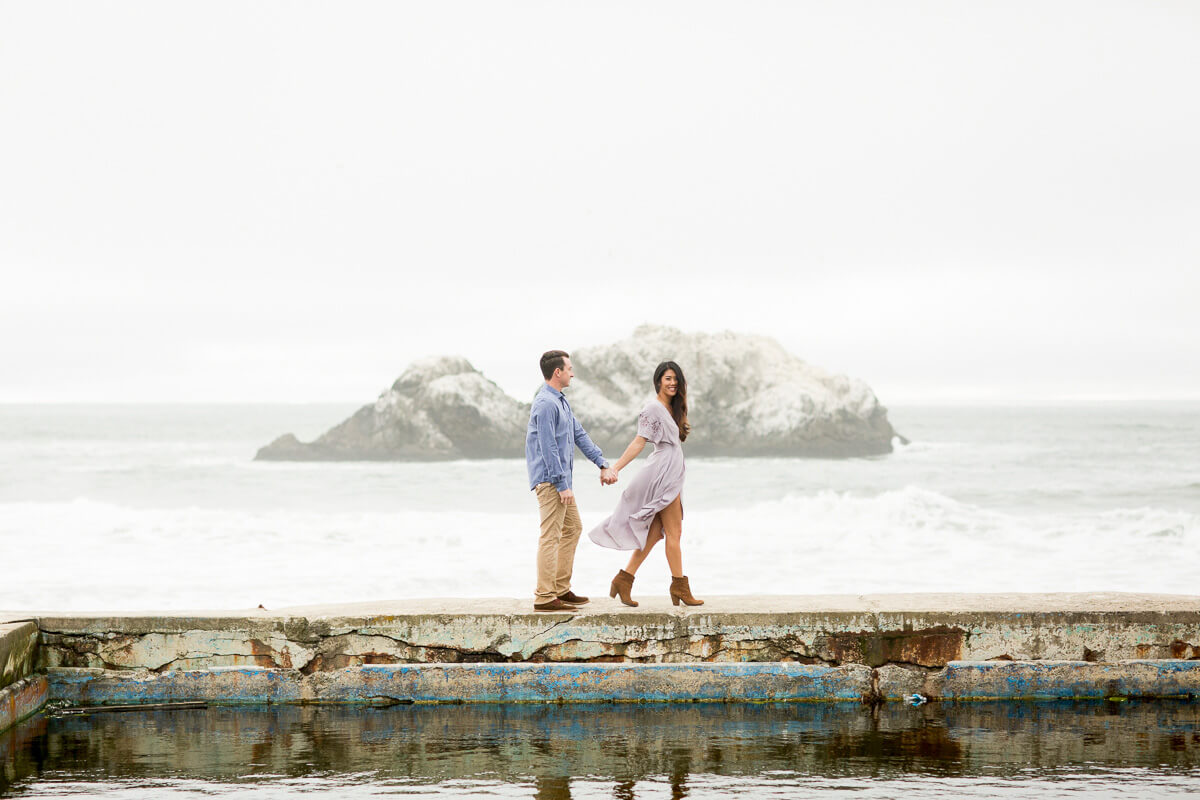 Go to the Sutro Baths on any day and no matter the weather, you’re likely to see a photographer in action. Why is this spot so popular?  Besides the backdrop of the magnificent Pacific Ocean and the fact that your photos make you look like you’re walking on water, the Sutro Baths have an incredible and interesting history.  Designed by the ambitious and wealthy former mayor of San Francisco Adolf Sutro in 1894, the Sutro Baths quickly transformed from an ocean pool aquarium to an expansive three-acre public bathhouse.  San Franciscans would flock to the baths by the thousands and marvel at the Greek architecture and massive glass enclosure that encompassed the pools.  Not only were there seven pools, but also seven slides, 30 swinging rings, a springboard, a huge amphitheater and more.  Plus add in the concerts, art exhibits, and restaurants, and these fortunate visitors had a large array of low-cost entertainment available to them at the Sutro Baths.

Not only were the pools enormous, beautiful and home to a large variety of entertainment, the baths themselves were an architectural marvel.  Using the power of ocean tides, the 1.7 million gallons of pool water were recycled in just one hour.  During low tide, a powerful turbine pump recycled all the water in five hours.powerful pump that Sutro designed himself, the pool used the power of the ocean tides to recycle all the water within five hours.  Sutro used his own money to construct all of this for the love of his community, to deliver a low cost entertainment option for San Franciscan families.

Strolling along the old walls of the baths put you mere inches from the water’s surface, giving you images that make it look like you’re walking on water.  It’s difficult to imagine how such a popular destination was reduced to these concrete remains.  Following Sutro’s death in 1898, the family struggled to manage the property.  New health codes, reduced public transportation combined with the Great Depression led the family to construct an ice rink in a failed attempt to revive the business.   The eventually sold the property to developers in 1964 to construct high rise apartments, but a fire destroyed what was left of the baths in 1966.  Construction halted and the city of San Francisco didn’t pursue any further development. 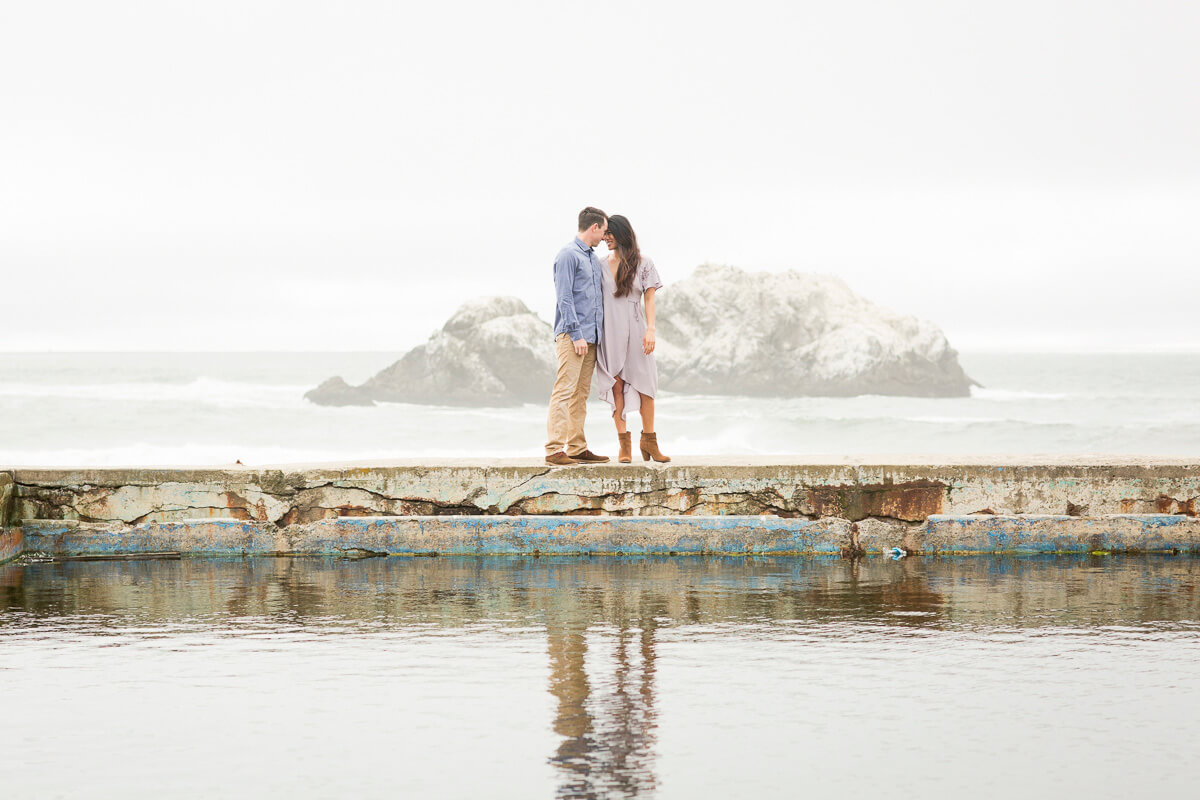 So here we are, just over a century since the magnificent baths were first built and almost six decades after they finally burned down.  What’s left now is the original concrete foundation that visitors are permitted to walk around and, of course, photograph.  Near the ruins of the Sutro Baths lie a rocky shore, a sandy beach during low tide, and a very cool cave that we love guiding couples to for some breathtaking photographs.

These all provide a variety of backdrops that make for a nice array of photo opportunities throughout the Lands End Lookout area. There is a short hike down to the Sutro Baths themselves, but due to the sand and steep incline we highly encourage flat shoes to make it easier to venture down. Ladies, if you’re thinking of wearing heels, be prepared to carry them down to change into later.

An added bonus is the free parking, which we’ve found to be ample every day of the week! 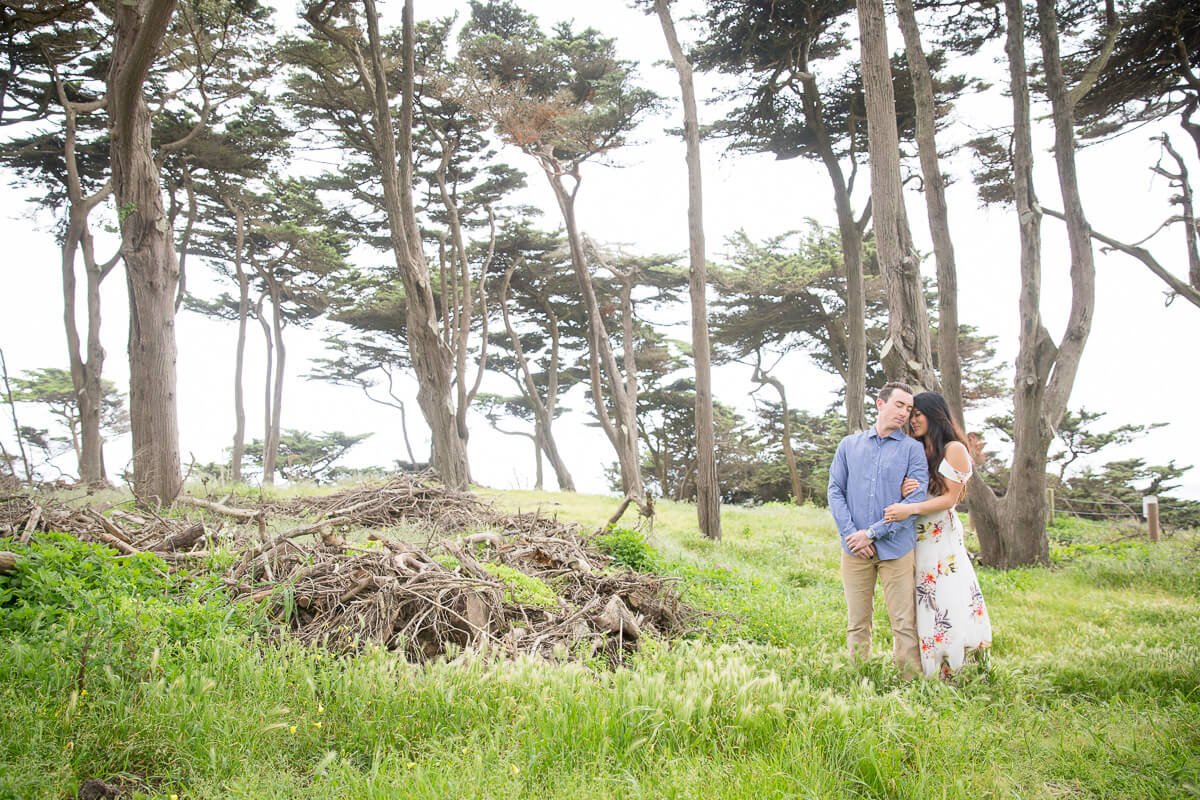 Whether you’re a tourist, a local San Franciscan, or a couple looking for engagement photos, head to Sutro Baths at Lands End Lookout and you will not be disappointed.  Be sure to check out the museum for some more historical details and photos.

MULTIPLE NEARBY LOCATIONS WITH WARDROBE CHANGES 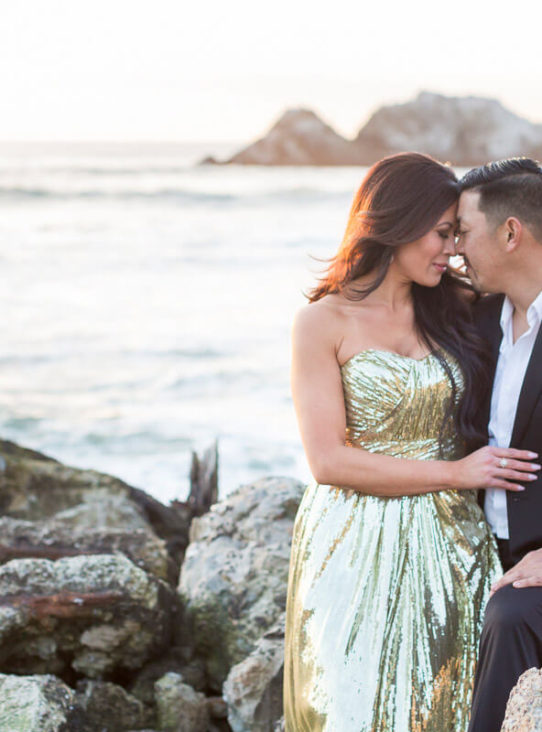 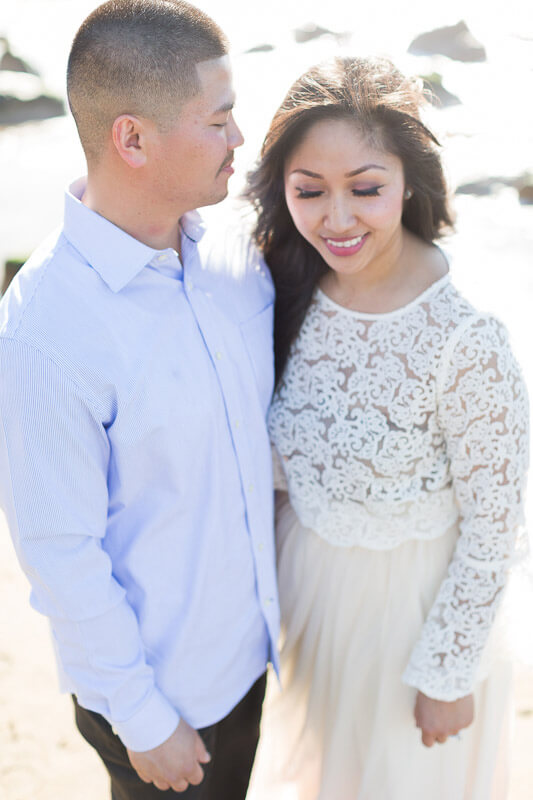 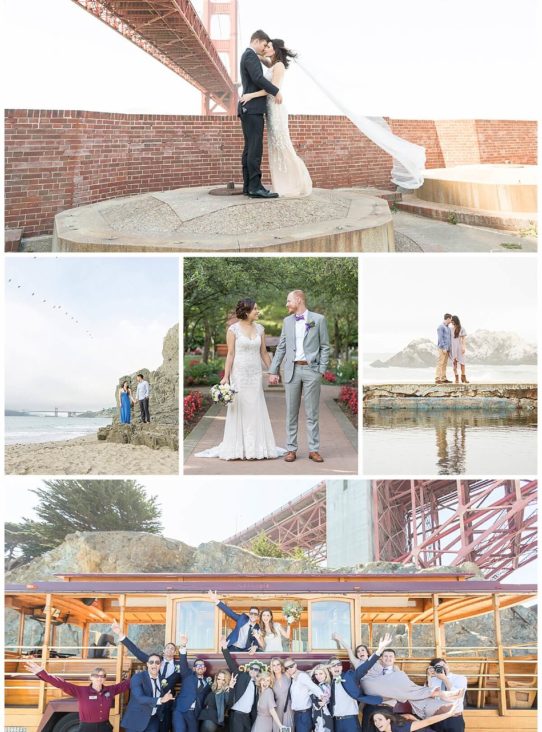 Hi Harsh! It really is such a beautiful spot. We’ll get in touch with you via your email. Thank you for your interest in our engagement photography!

My name is Harsh and I came across your website. I absolutely love the pictures you took of the sutro bath proposal! I am thinking of proposing to my girlfriend at that exact same location and would love to get some details on your services if you are available. The photos you took look drop dead gorgeous and I think we would love them!

If you could please get back to me, that would be great!